View source
watch 01:36
We're Getting Mutants in the MCU - The Loop
Do you like this video?
Play Sound

The defensive Tgen modules are linked with one of the TGens power sources and will go offline if its respective Power Source is overloaded during an attack. A generator can have a maximum of 4 modules.

The attacking inhibitor modules are again linked with its power sources but instead of being deactivated when a lamp is destroyed, the module becomes weaker and less effective. Inhibitors can have a maximum of 1 module.

You cannot equip an attacking module when fighting against a neutral territory, as the generator will also have no modules. 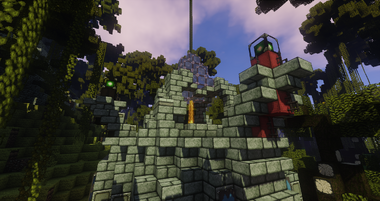 Note: All modules (where applicable) have a 35 block range activation.

There are 4 versions of each offensive module, where each subsequent one is less effective. This is because they lose power for each lamp that is destroyed on your inhibitor. Where damage or percentages vary between the different versions, 4 values are listed in decreasing order (e.g. 40% / 30% / 20% / 10%).

The cost of moduling Generators varies based on a number of factors. It is always a large quantity of a random resource. Every Generator has a set resource for the whole conquest month and it only changes at the end of the truce. You can find out what resource it requires by speaking to the NPC inside the Generator. You can also find out the resource and number required, by right-clicking on the lamp on the exterior of the Generator and hovering over a module.

The cost goes up depending on the number of modules you have in your empire.

The cost is static.

How to Add a Module

Right-click on the Generator lamp, hover over the module of choice and shift-click. If you ever wish to remove a module for some reason you can follow the same steps to do so. However, there is little reason to do this as you can change your modules for free during the 1-hour warm-up time prior to a fight. This is known as Module Roulette.

If the Generator is a capital bountiful tile, then the only way to add modules is during the 2-hour warm-up time prior to the fight. This is the only time where you can do this regardless of whether the generator has pre-existing modules or not. This is done by typing /c list and clicking on the active fight.

Community content is available under CC-BY-SA unless otherwise noted.
Advertisement